We live in a world in which we need to share responsibility.

It’s easy to say it’s not my child,

not my community, not my world, not my problem.

Then there are those who see the need and respond.

I consider those people my heroes. 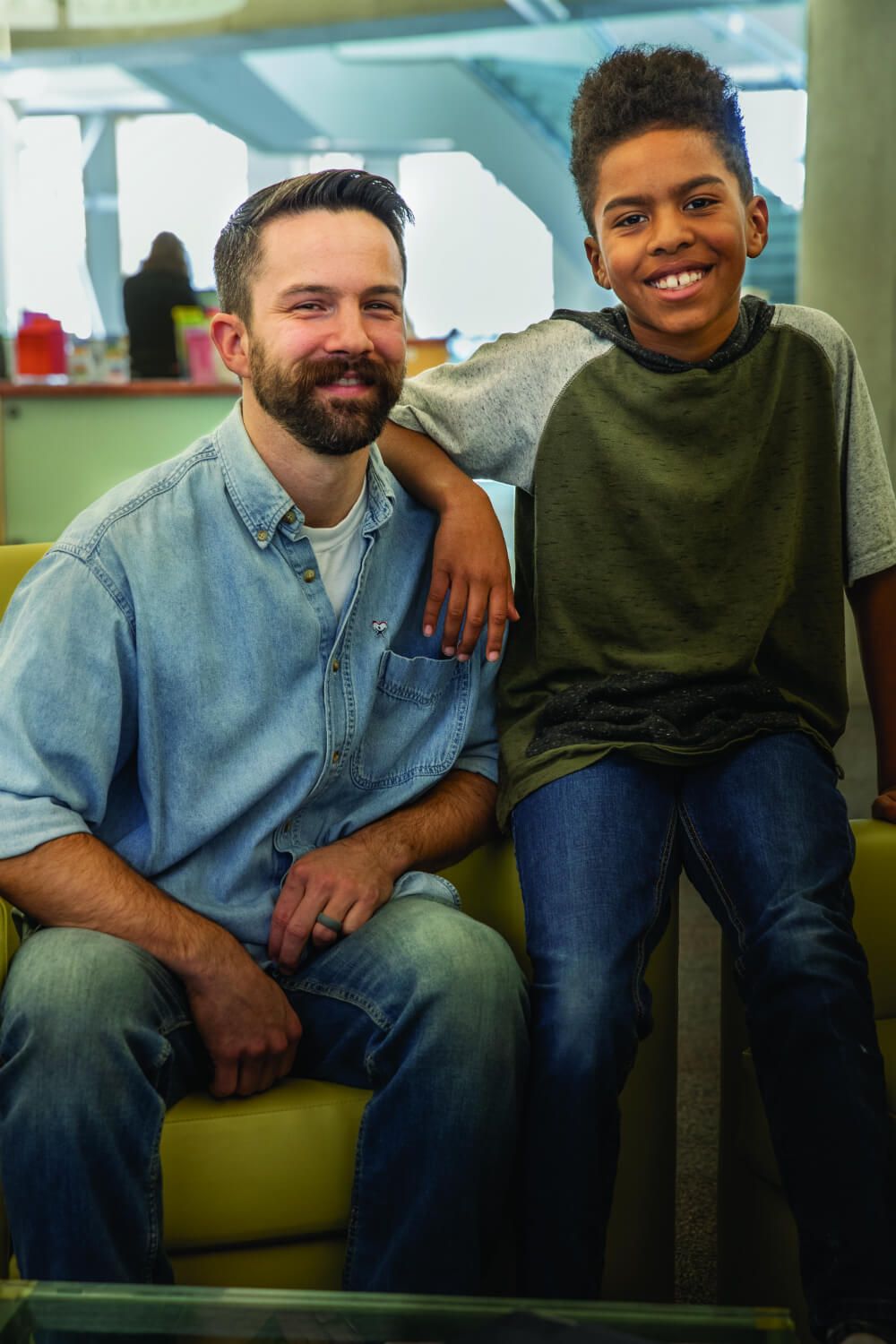 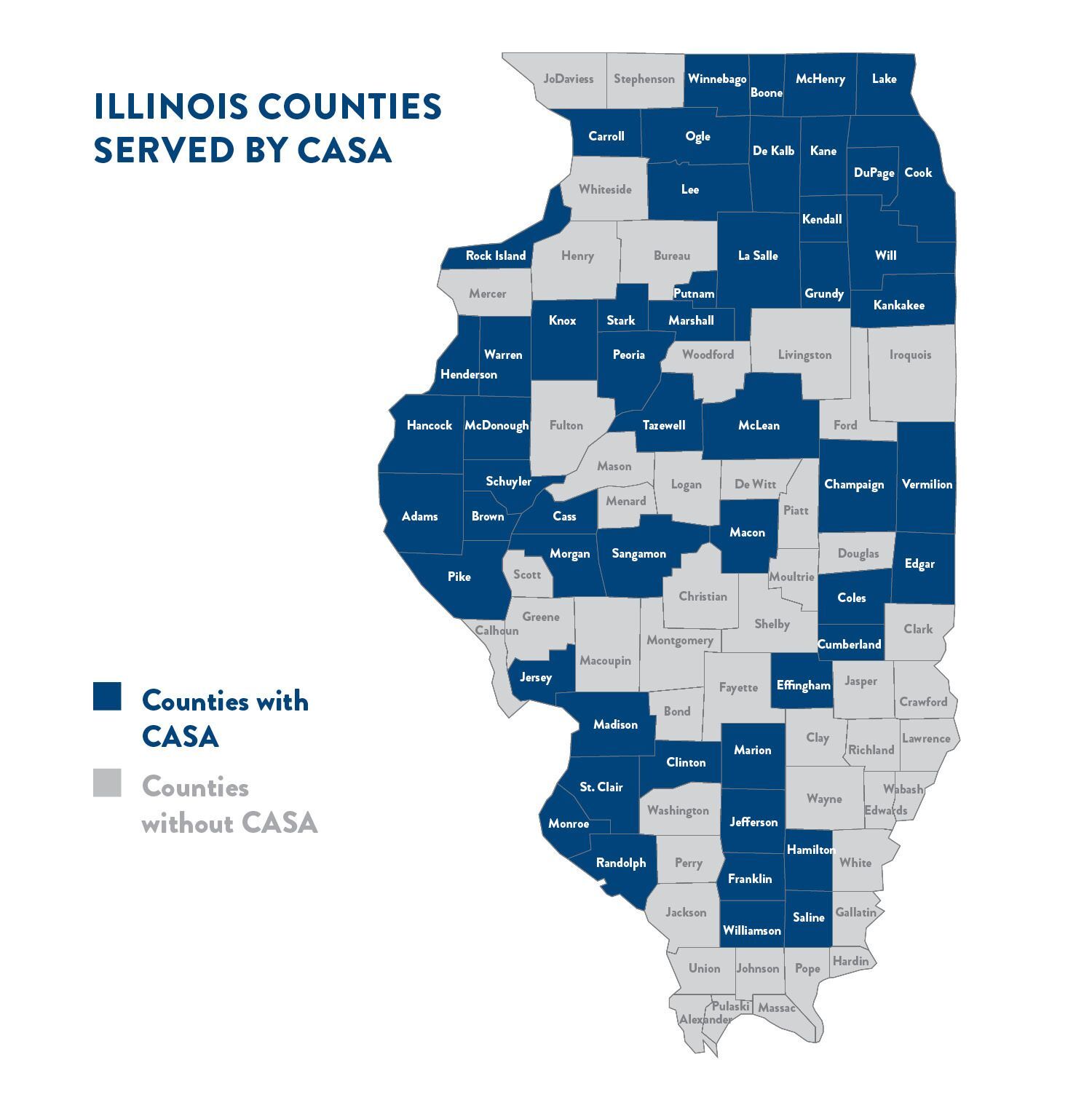 Illinois CASA, together with its local member programs, supports and promotes court appointed volunteer advocacy for children who have experienced abuse or neglect.

Our vision is an Illinois in which all children thrive in a safe, permanent and loving home. 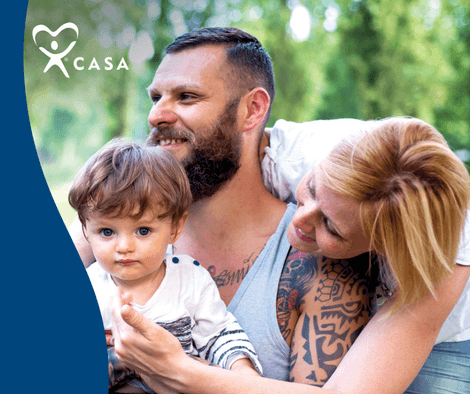 When a family is experiencing crisis and becomes involved in the child welfare system, a Court Appointed Special Advocate (CASA) volunteer may be appointed by a judge to advocate for the best interests of the child. This highly trained volunteer is someone from the child’s community. Their responsibility is to get to know the child, their parents, their family and everyone else involved in the case. A volunteer will advocate for the child’s safety, permanency and well-being while in foster care.​

Volunteer advocates are carefully screened and are very well trained; they receive a minimum of 30 hours of initial training and complete 12 hours of ongoing training each year.

Volunteer advocates monitor the child’s situation while they are in foster care to make sure they are safe and to make sure their psychological, physical, educational and other needs are met. Volunteers are often the only constant the child knows as he/she moves through the labyrinth of the child welfare system. When a volunteer advocates accepts a case, they must agree to stay with it until the child has a safe, permanent home. Because volunteers carry only 1 or 2 cases at a time and are assigned to each case for its life, they typically have a depth and breadth of information that other parties may not have. Because of this extensive focus on the child, our national motto is "Change a Child's Story."

Illinois CASA was founded in 1993 and is the organizing body for thirty one local CASA programs in 55 counties in Illinois that recruit, train and manage 3,000+ volunteer advocates who advocate for the best interests of children who have experienced abuse and neglect and are now involved in the child welfare system. Volunteer advocates, who contributed more than 270,000 hours of their collective time last year, are trained and supervised by their local agencies and sworn to confidentiality by the Juvenile Judge of the Circuit Court. Volunteer advocates gather objective information and report to the court regularly on the status of each child. This information is used by the Judge to determine if the child should be reunified with their family or prepared for adoption. Volunteer advocates work as a team member with the caseworker assigned by DCFS (Department of Children and Family Services) and the Guardian Ad Litem (GAL) Attorney assigned to the child. Each volunteer advocate is assigned to one case (usually one or two children) at a time and serves on that case until it closes. Often times the volunteer advocate is the only consistent, caring adult in the child’s life.

We’re Part of Something Bigger

Illinois CASA is part of a national volunteer movement that began in 1977 when a Judge in Seattle decided he needed to know more about the children whose lives were in his hands. He started using community volunteers – regular citizens – as a “voice in court” for abused and neglected children. These Court Appointed Special Advocates (CASA) provided him with the detailed  information he needed to safeguard the children’s best interests and ensure that they were placed in safe, permanent homes as quickly as possible. The program was so successful that it was copied around the nation.

Volunteer advocates are appointed by Judges to advocate for the best interests of children and youth who have experienced abuse and neglect to ensure that they do not get lost in the overburdened child welfare system or languish in an inappropriate group or foster home.

National CASA/GAL Association provides local program staff with training and assistance in a variety of areas, including funding, program development and volunteer recruitment and training.